The first half of the graph shows high, yet erradic performance.  This can be explained as:

While not smooth, the performance on the first half was reaching user expectations for the environment.  The second half of the graph shows the impact of packet loss on TCP testing.  Loss was observed to be as high as 7% at times due to a problem within one of the domains that seperated the testers.  This packet loss is best visualized with OWAMP data: 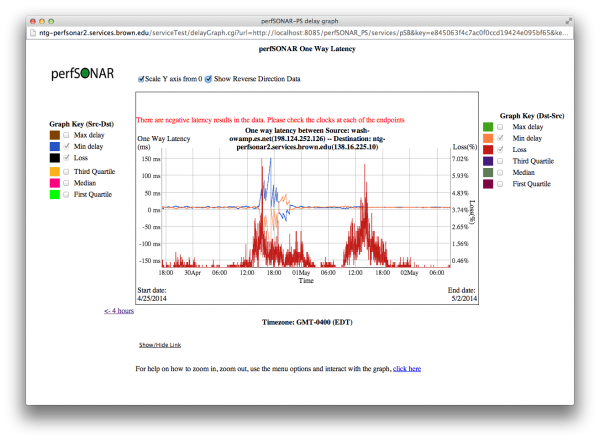 As a final takeaway, please consider the following things when reviewing performance data: